Regaining Balance: The Evolution of the UUA 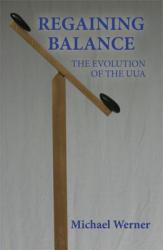 Published 2013 by Religious Humanism Press, the publications arm of the HUUmanists Association.

The author details the cultural, philosophical and political history of the Unitarian Universalist Association (UUA) especially in regards to Humanism and critical thinking.  The evolution of the UUA from a focus on reason in religion to one of radical tolerance is described along with the loss on membership.  Culturally important factors such as postmodernism, process theology, second wave feminism, value theory, new age, theological education, the “religious redefinition” game, population dynamics, and the age of narcissism in religion are brought together to show how multiple interacting forces have led to the UUA to ideological extremes of indiscriminate pluralism.  The secular revolution is then described and possible solutions for the UUA going forward presented. 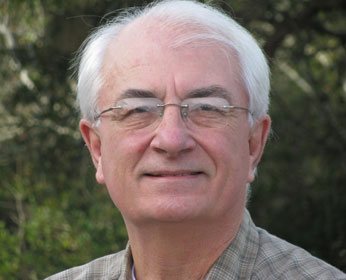 What Others are Saying:

“In this book Mike Werner analyzes what is wrong with the UUA and suggests how we can correct our problems and become once again a vital and growing religious movement.  It should be read by every UU who cares about the future of our Association.”  -- William R. Murry, Former President and Dean, Meadville Lombard Theological School

“Mike Werner has penned a must-read for every humanist interested in restoring the Unitarian Universalist Association to soundness. Better yet—every UU should read Werner’s eye-opening insights, and let the discussion begin!”  -- Marilyn Westfall co-founder The Eloquent Atheist and served as director of First UU, Lubbock, TX.

"Werner here chronicles the ways that the Boston UUA establishment has been transforming non-creedalism into anythingism, with no significant results in expanded membership. He urges restoring the Enlightenment humanism that had once been emerging."  -- Robert B. Tapp previously taught at Meadville Lombard theological school. He chaired the 1963 Commission on Theology and the Frontiers of  Learning, and the 1967 Committee on Goals of the UUA. He is Dean and Faculty Chair emeritus of The Humanist Institute.

"Mike Werner has captured the history of humanism within Unitarian Universalism with candor and insight.  A must read for all liberal and progressive thinkers."  -- Rev. Suzanne Paul, Humanist Leader/Minister

"There is no one more dedicated to both Unitarian Universalism and Humanism than Mike Werner.  It's a pleasure for me to recommend his thoughtful new book, the first in a Religious Humanism Press series that will provide a forum for Unitarian Universalist authors to express their thoughts, feelings, and positions on important, and often controversial, topics related to the opportunities and challenges facing the Humanist movement within Unitarian Universalism.  I'm looking forward to the vigorous dialogue that I'm certain it will provoke.” -- John B. Hooper, President, HUUmanists Association